1. They were first played less than 10 miles from each other

In basketball, one of the most electric things to witness is a devastating swat by a defender (see below for Lebron James' iconic game 7 finals block on the unfortunate Andre Iguodala).

Likewise, in volleyball everyone loves a powerful spike.

Notice any similarities in the form? I bet Lebron could send a mean spike to the defense.

Blocking straight up in basketball is an effective and legal technique to stop driving attackers in their tracks. I'm going to call on Lebron once again here (even though I'm a big Celtics fan) because this is too good not to use.

In volleyball, the same form is used to stop an attacker looking to spike the ball at your team. Ideally two hands are used in either sport but hey, the similarities are too similar to pass up.

Defense is another focus on how basketball and volleyball are alike. For both, lateral movement and quickness are key. Ensuring a strong base and ready arms are keys to success for both! 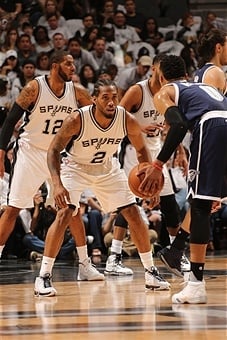 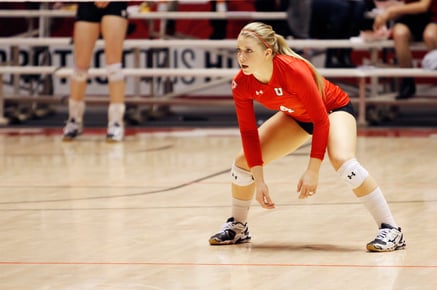 So if you are a basketball player looking for a fun and exciting way to train for your next season, try picking up volleyball! Who knows, maybe you'll end up liking it even more!

Wondering how to get started? Try jumping into some pickup volleyball if you are around Boston. If you are elsewhere, there are definitely places to play if you search online for your city. We would also be more than happy to speak one on one to answer and specific reservations or provide guidance to get you started, just click on the link below! Good luck, happy volleyballing!