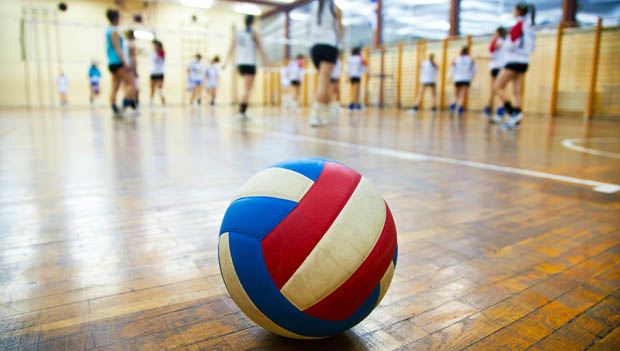 1. Assign each player a number to wear

Assigning each player a number to wear has a few benefits. You can quickly assign players into groups, it keeps anonymity when deliberating cuts, and it helps you remember players when you review their performance.

2. Take a photo of each player holding up their number

This step builds on the number assignment, but is often forgotten even though it is more helpful. When you are watching players during tryouts you'll be speaking to their faces rather than their numbers, so having facial recognition is key to remembering which players performed well.

If your team has returning players that are strong at a particular area of the game, it allows you the freedom to focus in on players that could fill in your team's expected weaknesses for the upcoming season. Be careful though, just because you have good people at one position does not mean someone even better could come along.

4. No net play until it is safe

The first day of tryouts will be filled with players of unknown skill. Some unfortunately have no idea how to play in a safe manner, and this poses a risk to your returning players, new players of higher skill, and the beginners themselves. To protect everyone, structure the first couple days with very basic fundamental drills and do not allow for any two-sided front row play. Once you make the first round or two of cuts, the players that are left should be skilled enough to play.

Similar to point 4, in order to get playing as soon as possible you will need to cut the players that cannot play safely. During tryouts there will likely be many more players to cut than players to keep. Due to this, you will want to focus on weeding out as many people as possible as early as possible that clearly cannot play to the level you need for your team. When you do this, it will reduce the amount of visual distractions in tryouts so you can focus on evaluating the later stage players.

6. Play a lot in the later stages of tryouts

With the first few days being drill heavy, use the last couple days to get a lot of repetition playing in simulated games. Mix up the teams, ideally having a rotation of new and returning players together, and see how they do. Drills are a great way to weed out the fundamentally challenged players, while playing is a great way to separate the later stage players on skills that are harder to make drills for such as instincts, communication, and hustle.

Very rarely will a player come into tryouts already in perfect form. There are always improvements a player can make or tweaks to better fit the system you intend to run. Giving feedback to players, especially new ones who you do not know at all, will give you great insight into coachability and player personality. Players that take your coaching advice poorly or do not respond at all are typically a less attractive option than a player of lesser skill but showing better responsiveness to coaching.

8. Use your returning players to learn more

As a coach you will not see everything that happens on the court or off. Use your relationship with returning players who you trust and know will be making it back onto the team this season to get their feedback on other players. They may have seen a few skills that you did not catch because you were looking elsewhere. More importantly, they can provide valuable insight on intangible qualities and personality points. Sometimes when you have two players of almost equal skill, one just feels better to play with on the court for some odd reason that will reveal itself later in the season. Players can pick up on these things since they are playing alongside on the court, whereas coaches cannot.

Side note- Try to find a setter as soon as possible. Here is why!